Top Posts
72% of Children Globally Have Been Victims of...
Dubai Active Launches Free Ticket Initiative for Students...
SANS Institute Announces Updated OnDemand Training Platform
OliOli® is Celebrating a Milestone Fifth Birthday in...
Scientists Have a Bone to Pick with Palaeontology’s...
Six Reasons to Explore LEGOLAND® Dubai’s Halloween Monster...
Evolving Demands of Students in the GCC to...
Emirates Literature Foundation Opens 2023 Edition of Competitions...
University Students Hold the Keys to ‘Level Up’...
Feature your school or company in our NEW...
Home LearningDid You Know? Why Your School Uniform Can Make Your Child Sick
Did You Know?

Why Your School Uniform Can Make Your Child Sick 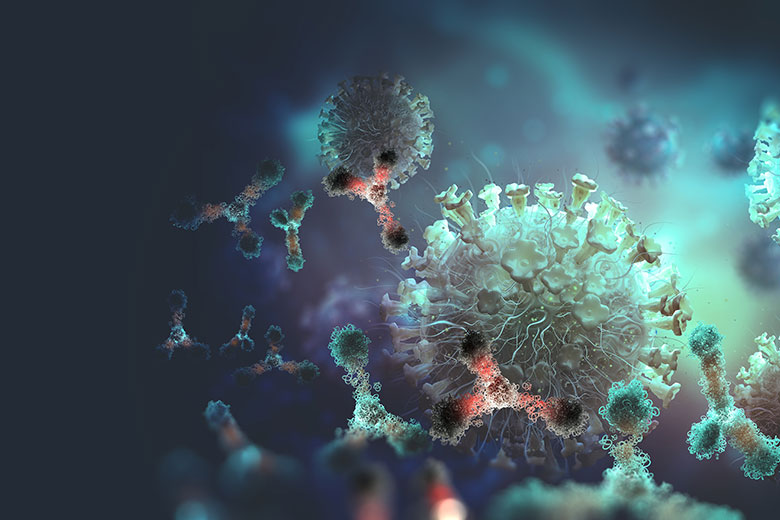 What do salmon, popcorn bags, and school uniforms all have in common? Sadly, there is a strong likelihood that they all contain PFAS.

Perfluoroalkyl or polyfluoroalkyl compounds, also known as PFAS, are a class of chemicals that have the ability to repel both water and oil. Manufacturers employ PFAS, also known as ‘forever chemicals’ due to their persistence in the environment., to create many common household products, such as clothing. However, largely unbeknown to the public, PFAS can affect both the environment and the human body.

However, PFAs are just one of many toxic compounds that can be found in school uniforms. Matthew Benjamin, the CEO and Founder of Kapes, the company empowering the next generation to tell its sustainable story each time they put their school uniforms on, explained: “PFAs, along with, pesticides, insecticides, fertilisers, bleaches, azo dyes, and formaldehyde, are among the chemicals used in school uniforms that are made from polyester, nylon and conventional cotton, during production of the raw material or as finishes to the final product. They are advertised as being ‘stain-resistant’, ‘shrinkage-free’, ‘non-iron’, ‘waterproof’, ‘fire-resistant’, and ‘easy-care’ with the promise that they will last longer and make life easier for parents. But we hardly ever take into account the origin or impact of the purported miraculous new attribute, not only on the environment but on children that are forced to wear these products.”

The fact is that during the production process, tens of thousands of synthetic chemicals are added to fabrics. Many are cancer and hormone-disrupting. Through prolonged exposure to small quantities absorbed into the bloodstream through the skin’s surface and through inhalation, they have the potential to result in lifelong health issues.

The UAE Must Take the Lead
There has been very little scientific investigation regarding UAE school uniforms. However, a recent test sample revealed that some school uniforms had higher than permitted amounts of cancer-causing azo dyes (namely o-aminoazotoluene and 2-naphthylamine dye compounds).

Moreover, Dubai Municipality has announced in a recent memo requiring uniform suppliers to test for PH value, formalydehyde and heavy metals, which is a step in the right direction. It is now hoped that they will take this one stage further and test for harmful azo dyes, particularly due to their links to causing cancer.

“These hazardous dyes are downright dangerous and have been prohibited by governments all over the world because they represent such a major health risk,” Benjamin says. “Following the discovery of residues of azo dyes in only a small percentage of the products from a sample test, the Australian authorities recalled approximately 121,000 items from Target stores as long ago as 2014. This is not a new problem.

“The UAE, at the forefront of so many endeavours when it comes to health and sustainably, is also taking note, and my hope is that the children of this nation will become protected from these very real threats in the not too distant future.”

A Chemical Cocktail
As the effects of globalised manufacturing techniques on human and environmental health have been identified and acknowledged, the clothing industry has come under criticism. The focus of criticism has been on ‘fast fashion’, but the health hazards to particular subgroups, such as children via school uniforms, are frequently forgotten. However, numerous organisations and public interest groups are now pushing for increased public understanding of the impacts of the ‘chemical cocktail’ found in uniforms.

If exposed as a youngster, the chemicals employed in clothing production have the ability to harm a person for the rest of their life. School uniforms frequently receive more chemical treatment per kg of fabric than regular clothing does. To make matters worse, school uniforms are commonly treated with more chemicals per kilo than other clothing in order to provide added benefits.

PFAS can affect both the environment and the human body

As an illustration, during the production of a standard school shirt, from fibre to finished garment, it may be exposed to 15,000 synthetic chemicals. Pesticides and insecticides will be applied to conventional cotton before the fabric is soaked in bleach, dye, and formaldehyde to make the fabric ‘crease-free’ or ‘stain-resistant’. Industrial chemicals are used in practically all of the procedures the raw cloth goes through before being shipped. A symptom of cheaply made clothing, particularly when the material is sourced from Asia, is that they can the contain toxic substances that are banned in more regulated parts of the world.

“It really is time for a concerted effort by everyone involved,” Benjamin says. “As a society, we tend to believe that we live in a more enlightened world than was the case even a few years ago, yet school uniforms soaked in harmful chemicals and produced in dreadful working conditions are still the norm. At Kapes, we have begun this vital journey in the UAE, partnering with The Arbor School and Fairgreen International School to provide ethically produced, sustainable school uniforms free from harmful chemicals.”

The uniforms are made entirely of premium sustainable materials that lessen the impact on the environment, such as organic cotton certified by the global organic textile standard (GOTS), and 100% recycled polyester, certified by REPREVE.

“By helping children to have a stronger connection to the clothing they wear, the people who manufacture them, and the locations where the clothes are made, Kapes believes we can help children become more conscious consumers as they grow up. We can only hope that when these kids grow up, they’ll be more responsible shoppers and pass it on to the next generation,” Benjamin said.

If exposed as a youngster, the chemicals employed in clothing production have the ability to harm a person for the rest of their life

Kapes’ sustainable school uniforms are made from organic cotton and recycled polyester and better for the skin of students.

From the fields where the organic cotton is grown, to the beaches where plastic bottles are collected, Kapes’ uniforms all have a sustainable start, and this ethos continues throughout the manufacturing process to the students who wear them.

It’s a sustainable story Kapes are proud to tell, and one that they are proud to share for the health of your students and the good of our environment.

Time to Make a Stand

Hundreds of studies link the chemicals used in clothing, including school uniforms, to skin rashes and irritations, asthma, thyroid disruption, various cancers, elevated cholesterol levels, reduced kidney function, and even decreased immune response. Being exposed to even tiny amounts over time can be harmful because the toxins stay in the body and there is currently no known way to remove them.

Studies have shown that children’s physiology and biochemistry make them, compared to adults, substantially more susceptible to the dangers of chemical exposure. This is due to their quick rate of cell division and proliferation, faster breathing, and larger body surface area to weight ratios.

Critical windows of development refer to the fundamental phases of a child’s development, which are marked by dynamic processes occurring at the cellular, molecular, and organ levels. Changes in the body make it more likely for substances to enter a child’s bloodstream, which increases the risk that harm (such as genetic abnormalities at the cellular level, for example) may persist into adulthood.

“We must place sustainability at the heart of everything we do in order to give children a brighter future. We must collectively build a strong connection between children, the planet, and the people on it. And we must protect our young people from processes and chemicals that can severely affect their health. Unfortunately, many schools and parents have not been aware of the risks and hazards of modern school uniforms – that is now changing and the time has come to make a stand,” Benjamin concludes.

To find out more, download a free copy of Toxic Threads here.