The Houses of Brighton College Dubai: English Traditions in the UAE 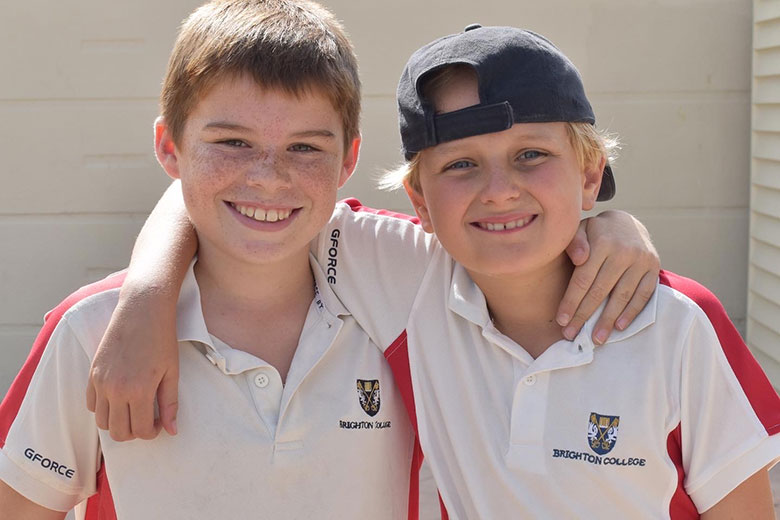 While the notion of a house system may have been popularised by the notorious houses of Gryfinndor, Slytherin, Hufflepuff and Ravenclaw in the Harry Potter novels, the practice is in fact a historical feature of English public schools, which soon spread to the US and beyond. The benefits of such a system include individualised pastoral support for every pupil, camaraderie and competition, a feeling of belonging, opportunities for leadership, and community and charitable involvement. Houses are often named after famous alumni or saints but could be named after just about anything, from royal dynasties to local celebrities, and are differentiated by their house colour, and logo or crest.

Brighton College Dubai has inherited four historical houses from its founding school, Brighton College UK. Those are: Hampden, Fenwick, Ryle, and Chichester, each being represented by the colours red, blue, green and yellow respectively. So, much like Hogwarts! However, pupils are not sorted into houses by a magical hat. Instead, careful consideration is put into balancing each house in terms of gender, age group, and prowess in academics and sports.

“House Masters and House Mistresses work in loco parentis to ensure Brighton pupils’ well-being is central to all aspects of school life. I often hear our pastoral leaders refer to the children in their care as ‘being part of my family’.” – Simon Crane, Head Master

Each house has a House Master or Mistress, and positions of responsibility for pupils such as House Captain and House Deputy Captain. This is where the pastoral element comes into play, as the head of each house meets weekly with the wider pastoral team of Deputy Head Pastoral, Form Tutors and Head Counsellor to discuss the pastoral needs of pupils. House points are awarded for good behaviour and attendance and are counted at the end of term. The winners get the coveted House Cup, as well as a dress-down day and pizza party!

Houses are responsible for organising fundraising events, and this year (so far!) Brighton pupils have raised a staggering AED 20,000 for Dubai Cares – a charity which aims to bring quality education to every child, regardless of background or income. As a school with the value of kindness at its core, initiatives to make a difference in the community do not stop at raising funds. From business proposals to help raise families in Haiti out of poverty, to Ramadan parcels for construction workers, Brighton pupils are always collaborating for kindness.

18 hours ago by educationuaemag Education UAE team wishes you a very happy UAE National Day. This day marks the unification of all seven Emirates…