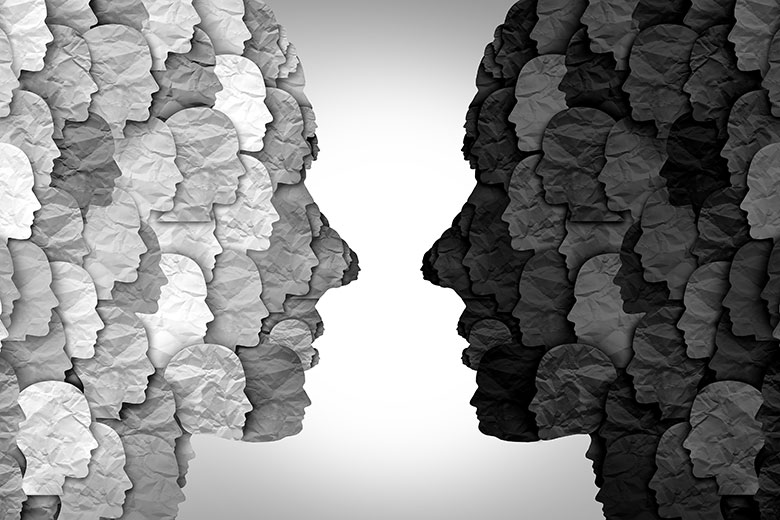 In the second of these articles Simon O’Connor, Director of Deira International School, explains how lessons from organisational culture in the corporate world can be applied to school settings.

One of the criticisms which is often levelled at school leaders and system leaders is that strategy and policy developments are perceived as being ‘too corporate’. Quite rightly, the education industry regards itself as being different to the corporate world. The ambition for business is to make profit whereas in education our ambition is much more holistic – to teach young people the values and skills that they will need to thrive for the rest of their lives.

However, on occasion, this rejection of the corporate perspective can mean that we miss out on valuable lessons. Following the banking crash at the start of this century, many corporate institutions went back to review their purpose and the values which underpin their work. For example, Natwest produced their ‘Code’ – an explanation of their values which then sets out the behaviours that are expected when employees are living their values in their everyday work. This approach is not uncommon in industry and, indeed, has been a subject of interest since the 1980s.

One writer on organisational culture is Simon Sinek. The bestselling author of ‘Start with Why’, ‘Leaders Eat Last’, ‘Together is Better’ and ‘The Infinite Game’, Simon Sinek has helped and inspired organisations worldwide to reach new heights, while his TED talk, based on ‘Start with Why’, is the third most popular video of all time on TED.com, with more than 35 million views. Although discussing the corporate, business world Sinek’s approach seems to fit perfectly with many of the contradictions that exist in education. Indeed, his perspective on the finite vs infinite game seems to resolve conflicts which have to exist within certain elements of school.

An important basis for understanding is what Sinek describes as the distinction between the finite and infinite game. In a finite game, the rules are clear, and the requirement for victory is understood by all. Furthermore, it is also clear who the opposition is. A good example would be a game of football. There are clear rules, which are policed, by which everyone must abide. It is clear who the opposition are – they are even colour coded for clarity. Finally, everyone knows that the team who has scored more goals by the end of the match has won. After 90 minutes a clear winner emerges from these criteria. In an infinite game, these elements do not exist – there are no clear rules in which the different sides engage, indeed it is not clear who the other players are.

There is no timescale as it is never ending, and no winner. Indeed, the only requirements in an infinite game are to keep playing and to do better.

Within this definition education can only be an infinite game – how can we tell when a school has won? Even if this were possible, surely the loss required for a win would depend on students underachieving, a consequence which no-one would advocate. If this is then understood, it makes little sense for schools to compete. All schools are different and pertinent to thought own context. Although we all do it, comparisons between schools are revealed to be at best meaningless and at worst a waste of both time and resources. The consequence of this is that schools should use this time to focus on what will continue to improve what they do.

However, Sinek does raise the concept of the ‘Worthy Rival’ – a supposed competitor that you know does something or somethings better. He argues that in order to improve, it is important to recognise when another organisation does something better than you, to seek to understand how and then adopt this performance for yourself. This is simply an articulation of the oft-used ‘sharing good practice’ which is so common within schools but seemingly frowned upon between them. If schools, and owners, were able to recognise that schools are not able to compete, but can all contribute to the wider performance for children, just imagine what could be achieved.

Sinek also discusses the need to focus on wellbeing, particularly the need for staff to know that their voices are heard. Sinek uses the example of someone he talked to in a US hotel who was able to explain in real detail about how much he loved his job. However, the same person had an identical role in another hotel but hated it. The difference was that he felt heard, included and valued. In recent years, schools have started to consider wellbeing as a consideration, but this has accelerated markedly as a consequence of schools’ responses to Covid and lockdowns. We are all familiar with ‘student voice’ and gaining staff feedback – but Sinek identifies the importance of this. With declining numbers of teachers and leaders, as well as increasing generations of staff who expect their views to be heard, this is now a clear opportunity for schools to embrace a culture where all feel included.

“In the best schools, with the best resources, and the most skilled leadership, the timeframe for transforming culture, structure, belief and practice is years.”

However, as Sinek demonstrates, learning lessons from the corporate world can help schools to accelerate this process and improve student outcomes.

In the third article of the series, Simon O’Connor will investigate how school-based research has highlighted specific interventions which schools can use to develop their culture.

Simon O’Connor, MA NPQH, the Director at Deira International School and Director of COBIS- explains how lessons from organisational culture in the corporate world can be applied to school settings.