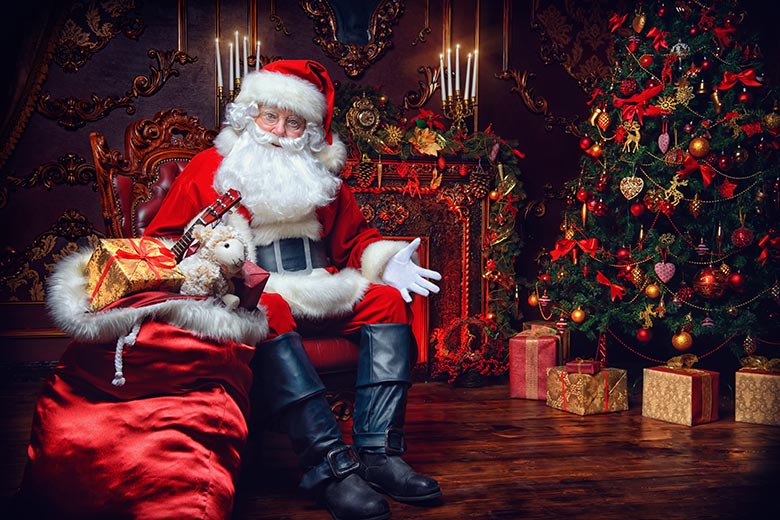 It’s that time of year again when millions of youngsters around the world finish their letters to Santa and mail them to his workshop. Some children, of course, still prefer to send them up the chimney, but if that’s not an option, get them in the post!

However, to ensure that the letter reaches its intended recipient, you have to have the correct postal address. But what is Santa’s actual North Pole address? How can you be certain that your letters will arrive at their destination on time?

First and foremost, keep in mind that there are two North Poles: one where Santa lives and one a little town in Alaska. To put it bluntly, if you mail your letter to Santa to the second of them, there’s a strong possibility he won’t receive it!

Naturally, it’s critical to keep Santa’s exact location a well-guarded secret. After all, during his peak season (Christmas), he doesn’t need millions of tourists flying in and pestering the elves and feeding too much cake to the reindeer. So, you’ll never be able to identify his exact location on a map. Happily, there is one organisation that does have that location – the postal service.

With that in mind, the address you need to contact Santa is as follows:

Don’t worry about the zip code or postcode, as Santa and his helpers are the only ones that live there; that’s why simply writing ‘Santa Claus, North Pole’ will still get results.

So, write to Santa today – he’s never happier than when he receives mail from children all over the world

But does Santa have time to answer all of those letters?It may be hard to believe, but the answer is yes! And because he’s had so much practice reading children’s Christmas letters, he can now read hundreds of letters faster than it takes you to recite:

I strung the lights on the Christmas tree,
And gingerly plugged them in.
That’s when I noticed a bulb was out,
And my troubles did begin.

So, write to Santa today – he’s never happier than when he receives mail from children all over the world, whether it’s seeking Christmas gifts, sharing images they’re drawn, or simply saying “Happy Holidays!”

And finally, don’t forget to provide your own address in case you’re lucky and he (or one of his elves) has the time to respond!