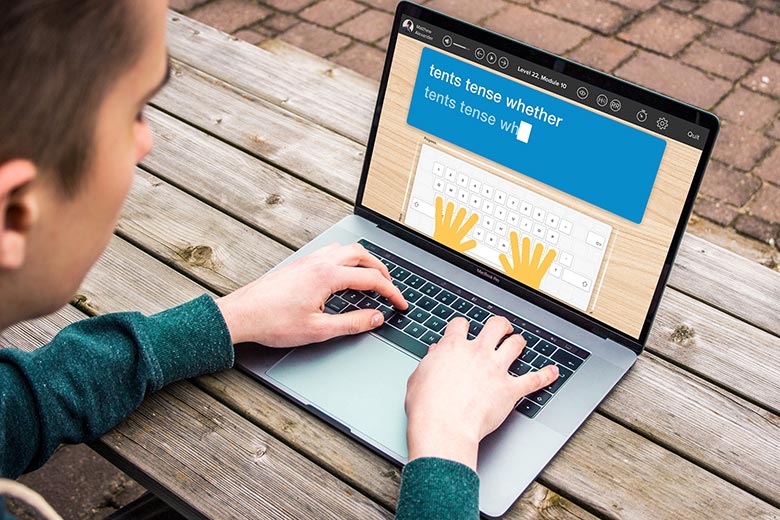 Dyslexia is a common learning difficulty that causes problems with reading, writing and spelling, and is usually diagnosed in children when they start school. It is a lifelong condition, but unlike a learning disability, it doesn’t affect the capacity to understand and learn new information. Indeed, many people who have dyslexia have strong visual, creative and problem-solving skills – famous dyslexics include Richard Branson, Steven Speilberg, Pablo Picasso, Whoopi Goldberg, Leonardo da Vinci and Albert Einstein. Dyslexia is no barrier to success.

However, dyslexia does require a specialist approach if one is to improve skills, self-esteem and motivation. Enter Touch-type, Read and Spell (TTRS), which teaches computer keyboard-friendly skills in a unique dyslexia-friendly way. A very structured programme, it uses word lists from the textbook ‘Alpha to Omega’ by Dr Beve Horsby, Frula Shear and Julie Pool, and is based on the work of Orton and Gillingham.

Liz Loly, Education and Communications Consultant at TTRS, explains: “Touch-type, Read and Spell has been around now for nearly 30 years and has been developed so that it’s suitable for everyone from age seven up to people in their 80s. And although dyslexia and other learning difficulties are a key focus, people who don’t have any learning difficulties but want to learn to touch-type are attracted to the system, too.”

One of the reasons why TTRS is so successful across such a broad spectrum of people is that it goes back to basics. It names the letters as they are introduced – and this makes the course accessible to students whose literacy is at the most basic level no matter what their age.

There are 744 modules in all, arranged over 24 levels and encompassing 4,000 words, including punctuated sentences

“It uses real words, instead of doing the whole j-k, j-k, j-k repetitive typing of keys,” says Liz. “We introduce the keys and then immediately people start typing words, starting with the basic consonant-vowel-consonant words, such as red, fed and led. There’s a lot of repetition, it’s multi-sensory, so you see it, you hear it, and you type it. So in its approach, it’s gradually building up reading and spelling skills at the same type as teaching touch-typing.”

Students who struggle with the process of handwriting may do so throughout their lives, but may well be able to achieve automaticity of typing, for as Liz says: “One of the key things with touch-typing, particularly for those who have difficulties with spelling, is that it takes away some of the thought processes, and it’s like a ‘muscle memory’ that does the work. Words flow through the fingers without the student having to consciously think about them.”

There are 744 modules in all, arranged over 24 levels and encompassing 4,000 words, including punctuated sentences. Each student works at their own speed and can repeat each module as many times as they like.

Each of the 24 levels is divided into 31 modules. Every fifth module is a dictation module, the first four introducing new vocabulary and the fifth serving as a diction module to test and reinforce learning. TTRS is designed to be followed sequentially in order to acquire touch-typing skills alongside the gradual acquisition of the building blocks of literacy. When students go to the Levels area of the software, they will see a list of the terms that each level covers.

The vowels are introduced and named in Level 1. This is critical information for readers of all ages. The lesson then moves on to making three-letter words by combining vowels and consonants.

Students are encouraged to line up their fingers on the home key and follow the fingers on the screen rather than looking down at their hands, and they soon learn to type complete words without thinking about it. From here on in, the course uses a whole-word approach. This is an important strategy since it provides meaning to letter combinations.

Consonant clusters coupled with vowels are used in Levels 2 and 3 to bring attention to sound and grapheme patterns in the target words.

Students are exposed to the vowel diagraphs and simple spelling rules of the English language in levels 4 through 12. Diagraphs are displayed and spoken separately, then as part of a word.

Less common spelling patterns and more complex spelling rules are found in levels 13 through 20. They also include the suffixing and prefixing rules, as well as syllable structure.

Homophones, silent letters, countries, names, and more advanced suffixing and prefixing are all included in levels 21 to 24.

Every fifth module in the course is a dictation module, which is designed to evaluate and reinforce learning by presenting the student with the sound of the words learned in the previous four modules, but no words on the screen to copy. Students, especially those with language processing issues, may find it helpful to hear a word many times, which they can do by pressing the icon on the screen or pressing the number 2 on the keyboard.

The teacher can assess how a student is doing on a module with a glance at the keyboard screen.  As the student works away, a thin bar running from top to bottom on the left indicates speed, the right-hand bar indicates the accuracy score, and the bar along the top shows where the student is within the module.

A statistics summary is provided at the end of each module, including the module’s accuracy score and, if selected in Settings, the words per minute (WPM) score.

Accuracy Score System
Encouragement, of course, strengthens us and encourages us to continue, and what better way than to hear a stadium full of people give you a loud round of applause! Consequently, at the end of each module, the student receives applause in direct response to how he or she has performed.

By default, students need to achieve a score of 80% to unlock the next module, but the pass mark can be changed in the Administration account if required. But if a student’s score falls below 80%, the teacher or parents may recommend that the student repeat the module.

“The way TTRS is designed, it is very much self-explanatory, as user-friendly as possible”

CPD Accredited
The course is designed to help learners achieve high scores, which enhances self-esteem and motivates them to go on with a ‘can do’ attitude. TTRS encourages continual new research papers and welcomes collaboration from organisations that wish to initiate such studies.

“We have recently become CPD accredited for the main TTRS course and also the teacher and tutor training webinar I run,” Liz says. “We also have close links with dyslexia associations around the world, including the British Dyslexia Association (BDA). TTRS is a BDA assured product.”

Dyslexia is very common, affecting up to 20% of the population and representing 80– 90% of all those with learning disabilities, according to the Yale Center for Dyslexia & Creativity. So it is imperative that schools take positive action to assist students. What’s more, it couldn’t be easier to sign up to TTRS, with a 14-day free trial that allows students and teachers to discover its effectiveness and value.

“We have lots of tutors that subscribe as well,” Liz says, “in countries as far afield as the UK, US, and Australia. It’s all online and a school, for instance, will subscribe on a per-student basis. The person in charge has a general administrator account, giving them the ability to add as many teachers as they want to. Furthermore, each student has their own individual log-in details, which means they can use it at school, but they can also use it anywhere there is an internet connection.” It’s important to point out too, that parents can subscribe to TTRS if their child’s school doesn’t run the system.

TTRS offers ongoing support, too. “I run a training webinar every week that is completely free – one week it’s a general introduction, another week it’s a more in-depth webinar for teachers and tutors. People can register for that, and even if the timing doesn’t quite work, they get sent the link after the recording.

“The way TTRS is designed, it is very much self-explanatory, as user-friendly as possible. We guide schools through setting up initially and adding students, and then they should be able to just run with it. The webinars and everything else are extras to keep people informed and help them to make the most of the software.”

Although dyslexia is becoming more understood, there is still considerable confusion about what it is and how it affects people’s lives. Dyslexia can lead to low self-esteem and underachievement if it is not appropriately supported.

There is no cure for dyslexia. However, with the help of TTRS, people who are affected can accomplish many amazing things. The emphasis is on understanding challenges in a new light, thinking about dyslexia with a balanced approach, and then eradicating barriers that stand in the way of students achieving their full potential.