Possibly the Youngest Diver in the World 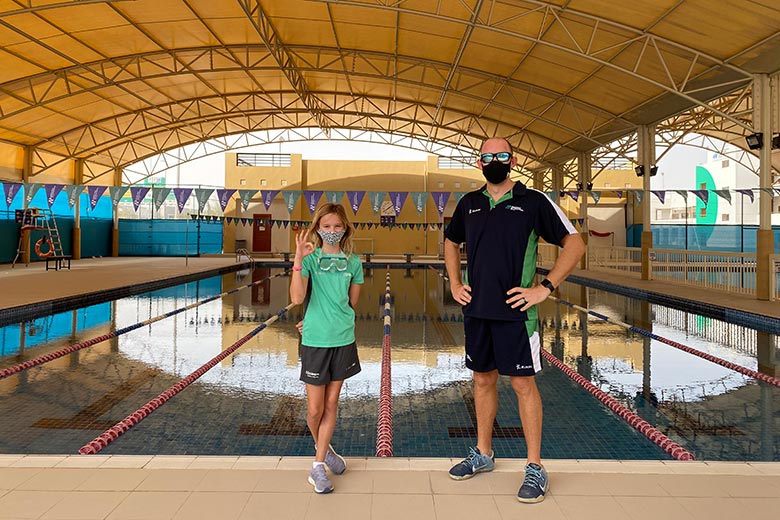 Something spectacular happens while you’re underwater. It’s as if time has stopped, and all that’s left is you and your immediate surroundings. The oceanic realm is awe-inspiring. Scuba diving isn’t all fun and games, though; it has a serious element to it as well. Before you can go scuba diving without a professional diver accompanying you, you must first complete the necessary training. Enter Greenfield International School, its partner, Divers Down, and the GIS Scuba programme.

Since 2013, and the initial batch of DP and CP students, the GIS Scuba programme has gone from strength to strength, with more than 100 students now having dived or been certified. Scuba diving also represents several components of the IB learner profile, a lifetime pursuit that fosters self-responsibility, teamwork, and mindfulness.

A local newspaper published a story a few months back on a student who wanted to be the world’s youngest scuba diver, certifying on her birthday

A Problem Solved with a Little Time Travel!

A few months back, a local newspaper published a story on a student who wanted to be the world’s youngest scuba diver, certifying on her birthday. That student, Sari Watson (Grade 4), was inspired to join GIS Scuba after seeing her older brother Rhys (Grade 8) complete his certification.

Unfortunately, PADI regulations stipulate that you cannot complete your course until your 10th birthday. This wasn’t going to stop Sari from reaching her goal, though. She simply took a step forward through time! Sari was born at 5.15 am Toronto time, which is 1.15 pm Dubai time. After a few mathematical calculations, it was decided she could still beat the record!

First, of course, Sari had to pass all the course theory sections, which she duly did by 29 June.

Then, on the morning of 30 June (Sari’s birthday) at 8.00 am, the GIS Scuba Team entered the pool. Under the instruction of Mr Christensen and assisted by Daniel Fisher (Grade 11, CP Student), Sari attempted to complete all the requirements of the PADI Scuba Diver by 1.15 pm (officially still being nine years old).

A local newspaper published a story a few months back on a student who wanted to be the world’s youngest scuba diver, certifying on her birthday

The race was on, and the team was on the beach and had completed dive one by 10.00 am. However, with the surface interval, time was getting tight. As they entered the water for their second dive, the 1.15 pm deadline for all skills was rapidly approaching.

The team surfaced at 1.02 pm; at nine years, 364 days, 23 hours and 47 minutes, Sari unofficially became the youngest certified scuba diver in the world!

From September, it is hoped that the school scuba programme will return to its former glory and provide as many children as possible with the opportunity to experience the underwater world. If you can’t wait that long, contact Divers Down, who will give GIS families a 10% discount on diving and a 20% discount on courses!