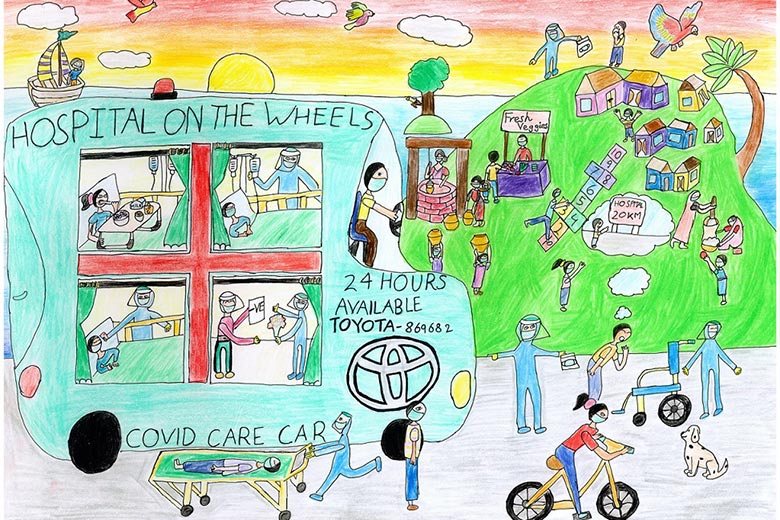 Al-Futtaim Toyota has announced that the local edition of the global ToyotaDream Car Art Contest is now open for submissions. Now in its 15th year, the competition provides children aged 15 and under from around the world with a hands-on opportunity to feel the joy of having dreams and imagining the future of cars, while developing an interest in the automotive industry. Over 6.2 million participants from a total of 100 countries have taken part in the challenge since its launch in 2004.

UAE children will join their peers from 76 other countries for the Toyota Dream Car Art Contest, connecting with them through their very own perception of the most colourful, creative vehicles. With a deadline of 15 January 2022, the contest’s winners will be in for a chance to receive a $5000 individual prize and $10,000 for their school as part of the Middle East and Central Asia Division (MECAD) competition. The grand prize for the global edition is an educational five-day trip to Japan, the homeplace of Toyota Motor Corporation.

Commenting on the competition, Andy Barratt, Managing Director of Al-Futtaim Toyota, said: “Toyota leads the way for the future of mobility, with a passion for cars ingrained in our story throughout the years. One of the world’s biggest art competitions for youngsters, the Toyota Dream Car Art Contest offers children the opportunity to become a part of our vision in their own way. The UAE’s youngest artists have consistently submitted some of the best artwork and we look forward to unveiling this year’s brilliant contributions.”

The grand prize for the global edition is an educational five-day trip to Japan, the home of the Toyota Motor Corporation

Children will be competing under three categories, Gold, Silver and Bronze, which are divided into three age groups: seven years old and under; eight to 11 years old; and 12 to 15 years old. The top nine winners, Gold, Silver and Bronze from each age bracket, will receive awards and prizes and be shortlisted to enter the international level of the competition against other entries from around the world.

Parents who wish to submit their children’s artwork can download the registration form and participation guidelines from www.toyota.ae/world-of-toyota/toyota-dream-car/. Entries must be brought to the nearest Toyota showroom or the Al-Futtaim Toyota head office located at Dubai Festival City. Drawings will be evaluated based on uniqueness, concept execution, as well as artistic ability, and displayed across Toyota facilities around the country to showcase UAE budding artists’ talent.