No One Is Talking 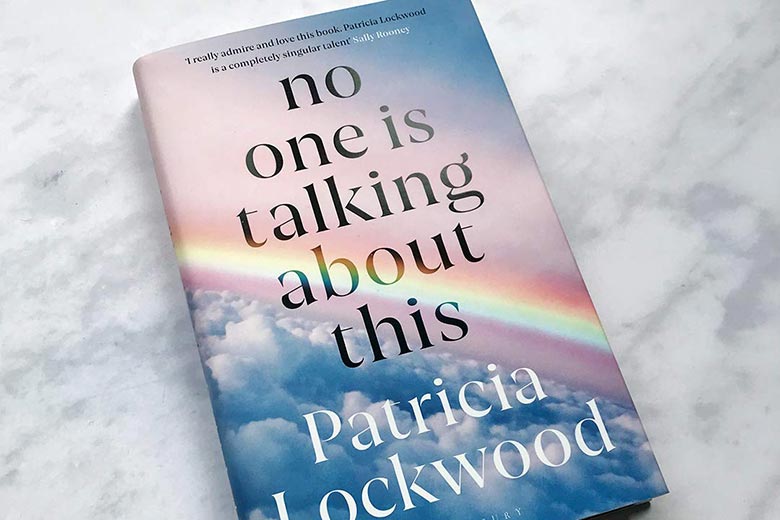 About This by Patricia Lockwood

No One is Talking About this defies categorisation, but at its heart is the question: “Is there life after the internet?”

In her debut novel, Patricia Lockwood tries to understand the new language of what she refers to as ‘the portal’ but finds herself increasingly overwhelmed. The New York Times Book Review describes it as “a book that reads like a prose poem, at once sublime, profane, intimate, philosophical, witty and, eventually, deeply moving.”

The protagonist is suffering from irony poisoning. Her mind is a colossal memory palace, with a gold toilet placed in each of its rooms. For her, the internet, which she alludes to as “the portal,” is life itself. Are we in hell, the portal’s inhabitants ask themselves? Is this something we’re all going to do until we die?

Suddenly, she receives two texts from her mother: ‘Something has gone wrong,’ and ‘How soon can you get here?’ As real-life and its stakes collide with the portal’s increasing absurdity, the woman finds herself in a realm that appears to have both an abundance of proof that the universe is full of goodness, empathy, and justice, as well as a flood of evidence to the contrary.

We are in the company, here, of a person with full-blown ‘brain worms’

Lockwood is both impassioned and appalled in her views of the portal’s emotive reality and the trivial lives of its inhabitants. Her insinuations of collective consciousness frequently strike a satisfying combination of poetic fervour and analytical force. “Every day their attention must turn,” she writes, “like the shine on a school of fish, all at once, toward a new person to hate. Sometimes the subject was a war criminal, but other times it was someone who made a heinous substitution in guacamole. It was not so much the hatred she was interested in as the swift attenuation, as if their collective blood had made a decision.”

We are in the company, here, of a person with full-blown ‘brain worms’ – Twitter’s definition of the ethically and cognitively damaging effects of spending too much time publishing and reading other people’s posts.

Irreverent and heartfelt, emotional and gloriously brash are all words that come to mind when I think of this book. No One Is Talking About This is a love letter to Generation Z, as well as a meditation on love, language, and human connection from one of this century’s most original voices.