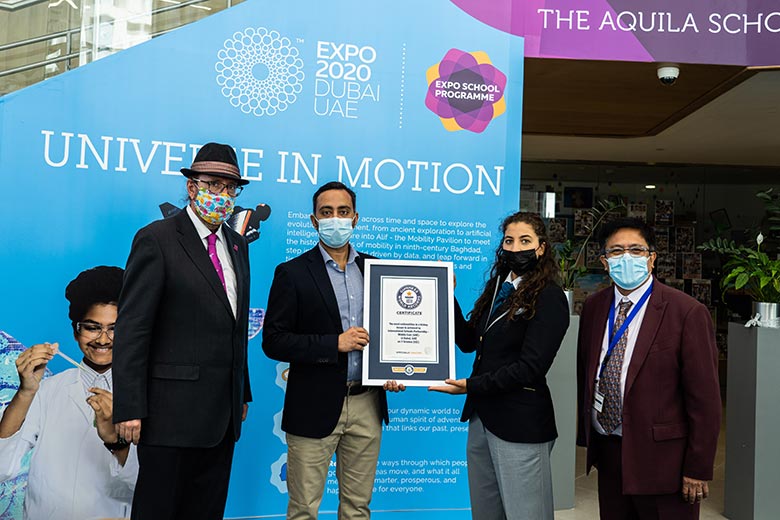 The world record event marks the ISP schools’ 50-day countdown to the UAE’s 50th National Day and The Aquila School third birthday celebrations. The history lesson, focused on the UAE’s history, paying tribute to the nation and its great visionary leaders.

“We are all excited to be celebrating the Year of the 50th, and we wanted to do something memorable to start the 50-day countdown in our schools. Reminding our students of the remarkable history of this country, by bringing so many nationalities together, allowed us to truly celebrate the essence of the UAE,” said Bharat Mansukhani, CEO – Middle East, ISP.

“Today, we are also marking a milestone for The Aquila School, with its third birthday. We are very happy with all that the school has achieved so far, and now together with students from Nibras International School, we are proud to say that our students are now official Guinness World Records™ title holders” he continued.

The previous record of 41 different nationalities was held by Eastlea Community School in London, UK since 2014. The 72 students who attended the history lesson at The Aquila School ranged from 6-17 years of age and were joined online by students from Aspen Heights British School and Reach British School, two ISP Schools in Abu Dhabi.