Innovation with a Special Focus on Bio-domes and Space Travel 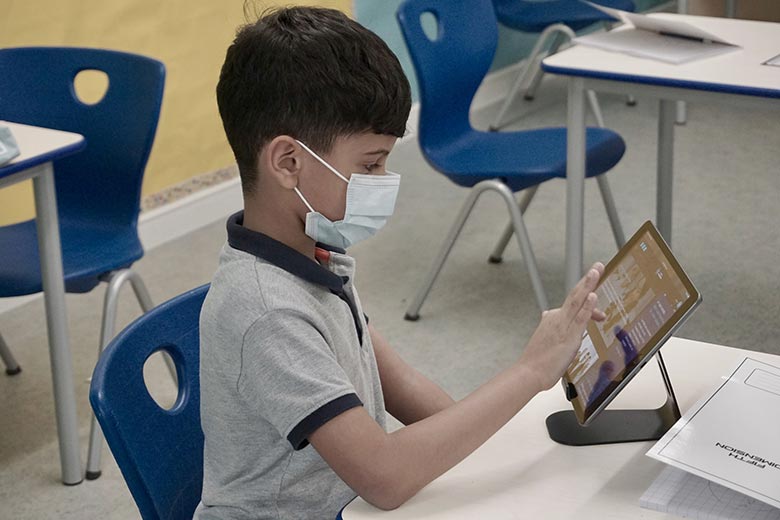 One of Dubai’s newest elementary schools has ambitious plans for space travel and virtual reality to be a key part of its curriculum in order to inspire children and parents into a new way of living and thinking about the future.

Fifth Dimension Elementary School is set to become a community hub in Nad Al Shiba with its open doors, community engagement and innovative resources. The school has procured

bio-domes so that children can study how living and non-living things interact in their natural environments.

The bio-domes will become a pillar of the Nad Al Shiba community through innovative learning and a community-focused curriculum. The decision to install these was driven by the school’s focus on preparing children for a new way of thinking and living.

The bio-domes are aligned to the school’s passport, which every child carries around with them. The passport is used to celebrate and reward children who carry out the school’s vision and values in practice.

The bio-domes will give children and the community a glimpse into how humans could live in the future. One of the domes will focus on ecology, plant science and hydroponic farming.

For the wider community, the school plans to engage the community through Urban Farming, which is widely known as a way to shape community thinking around environmental awareness, healthy eating habits, and community partnerships.

In addition to this, one of the domes will have a particular focus on space travel and the UAE’s mission to Mars. Children will learn about what life in the future may look like and how humans may have to adapt to a new planet.

The bio-domes will give children and the community a glimpse into how humans could live in the future.

The children will learn about the geology of Mars, and they will study Martian rocks, volcanoes, craters, valleys, ridges, and other land formations to try to figure out how they were formed.

They will identify and understand what a new Martian colony would need for human survival.

Commenting on this innovative approach to teaching, Founding Principal Dr Terry Burwell said: “Our aim is to inspire our children and the community of Nad Al Shiba. Children, more than ever, need to be prepared for a complex world, and they need preparation to solve complex problems. We’re really focussed on this, and the bio-domes are a fantastic resource to drive our ambitions and build a new generation of learners.”

Scholarships are available for Emirati students.