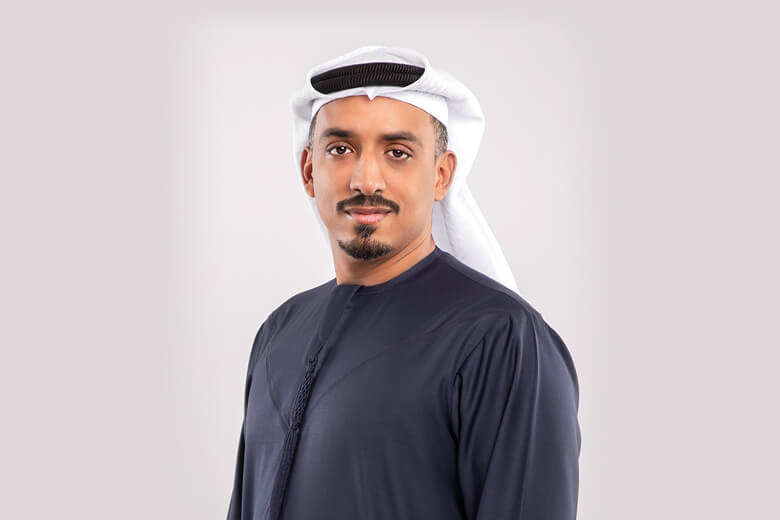 An overwhelming majority of Emirati youth are optimistic that the UAE’s best days are still ahead. Most expect the world to go through a major positive transformation over the next 50 years, according to a survey commissioned by the Mohamed Bin Zayed Majlis for Future Generations (MBZMFG), unveiled under the patronage of His Highness Sheikh Mohamed bin Zayed bin Sultan Al Nahyan, Crown Prince of Abu Dhabi and Deputy Supreme Commander of the UAE Armed Forces.

In the largest evidence-based study exploring the views of Emirati youth on the future, 91% of respondents say the UAE’s best days are still ahead, and 78% expect to have a better life than their parents did, while merely 3% expect to be worse off. Young Emirati women are particularly optimistic about their lives, with 83% expressing confidence in having a better life than their parents.

The survey reveals that for Emirati youth, their personal success is seen as being closely interlinked with the success of their nation. Nearly one-third (28%) say that contributing to the UAE’s wellbeing and prosperity is the most important goal for them, more so than creating a stable and happy family (23%) or pursuing a successful and fulfilling career (15%). Further, 90% of the Emiratis currently studying abroad say they plan to return home to start their professional career.

The survey was conducted in two phases by PSB Insights, a global research and analytics consultancy. The first phase was an online quantitative survey, completed between October 25 and November 9, 2020, covering 2,974 young Emirati students – 2,629 in the UAE and 345 pursuing degrees abroad. The second phase included four qualitative focus groups conducted with Emirati university students, including undergraduates, postgraduates, and members of the Emirates Youth Council.

The survey findings are presented in the whitepaper titled, ‘Looking to the Future’. One of the key findings reveals that 74% of young Emiratis expect the world to go through significant changes over the next 50 years, with a majority (56%) saying the changes will leave the world better off than it is today. Among those expecting positive global changes, technological innovations and advancements, space exploration, renewable energy, and scientific progress are seen as the biggest drivers of change over the next 50 years.

His Excellency Mohamed Khalifa Al Nuaimi, Director of the Education Affairs Office at the Abu Dhabi Crown Prince Court, said: “The findings of the study, highlighting the confidence of Emirati youth in the future of the nation, reflect the positivity and clearly-articulated vision of our leadership. With a focus on nurturing youth talent and enabling them to realise their full potential, the UAE has outlined a strategic course of action to provide world-class higher education to youth and prepare them for the jobs of the future. Alongside, there is a strong emphasis on building a local innovation ecosystem and boosting entrepreneurial abilities. All these lay the foundation for building the next 50 years as we march towards the Centennial 2071 goal to be the best nation in the world.”

He added: “Conducting this study was a key part of the third Majlis, as it provides us evidence-based insight and a wealth of data on the views of Emirati youth on the future of the country and the world. Through data analytics, we have gained informed views on areas that the Majlis discusses under the theme, ‘Thriving in the Next Normal.’ The optimism of our youth inspires us further as our leadership brings new and dynamic platforms to accelerate the nation’s progress.”

The whitepaper provides additional insights into the views of youth on areas such as their confidence in higher education to address the challenges to the economy and society following the Covid-19 pandemic, views on Emirati culture and outlook on game-changing technologies, among others.

Nearly nine in 10 (87%) Emirati university students say they are satisfied with the quality of higher education they are receiving, with more than 9 in 10 stating their educational resources and quality of coursework meet or exceed their expectations.

An overwhelming majority (91%) are also confident they will be able to achieve their professional goals, and 86% say their education has equipped them with the most important skills to succeed professionally.

On the impact of Covid-19 on higher education, nearly half (45%) say the pandemic has had a negative impact on their higher education experience. However, once Covid-19 is fully contained, 49% of Emirati university students say they would like to see a mix of online and in-person coursework, while another 16% would prefer to continue with remote learning permanently.

The pandemic, however, is not the only factor causing stress and negatively impacting the mental health of young Emiratis. When asked about the main causes of stress in their daily lives, the top three factors that rise to the top are educational pressures (78% cite it as a stress factor), uncertainty about future employment (50%), and the Covid-19 pandemic (53%).

Nearly three in four (74%) of Emirati youth say that preserving the Emirati culture, values and traditions should be a top priority for the UAE over the next decade, on par with some of the much-discussed national priorities, such as increasing technological innovation in the UAE (74%) and diversifying the country’s economy (72%). Nearly as many (71%) also want the UAE to make the preservation of the Arabic language a top priority over the next 10 years.

Young Emiratis View Technology as a Force for Good

Emirati youth fully embrace the role of technology as a driver of positive change. More than four in five (81%) say technology is a force for good and positive progress, and 74% believe that investing in technology should be a top priority for the UAE over the next decade.

The country’s youth are betting on artificial intelligence (AI) to emerge as the most consequential new technology. When asked which new technologies are most important for the UAE to further invest in over the next decade, 70% pointed to AI, far surpassing other new and emerging technologies such as robotics (29%), 5G (27%), big data and data analytics (24%) or drones (23%).

Emirati Youth Split on the Role of Social Media

Social media is the most prevalent source of news among young Emiratis, with nearly four in five (79%) saying they get their news on social media, far exceeding the reach of other news sources, such as online news portals (43%), television (22%), newspapers (10%) and radio (6%). Many expect the role and power of social media to further grow in the future, with 24% of young Emiratis saying social media will be one of the greatest drivers of global change over the next 50 year, on par with climate change (25%).

Renewable energy is seen by the UAE’s youth as one of the top industries to pursue a career in and is also seen as a major driver of positive change. Nearly two in three (62%) young Emiratis would be interested in pursuing a career in renewable energy, surpassed only by the interest in the technology industry (66%), and preferred more than careers in healthcare, aviation (52% each), education (50%) or oil and gas (47%). The renewable energy industry is of particular interest to Emirati students pursuing a Science, Technology, Engineering or Mathematics (STEM) programme, of whom 82% would be are interested in pursuing careers in the sector. Renewable energy is also seen by one in three (33%) as one of the most consequential drivers of global change over the next 50 years, placing it on par with technological advancements (38%), scientific advancements (35%), and space exploration (34%).

For those interested in viewing the comprehensive results, the full white paper is available to download through the Mohamed Bin Zayed Majlis for Future Generations official website: www.mbzmfg.com.

Organised by the Education Affairs Office at the Abu Dhabi Crown Prince Court, the Mohamed Bin Zayed Majlis for Future Generations provides an innovative and sustainable model to build constant communication between the nation’s youth and its leadership. The Majlis ensures that all available means and resources are employed to train young Emiratis to create better opportunities for the future.