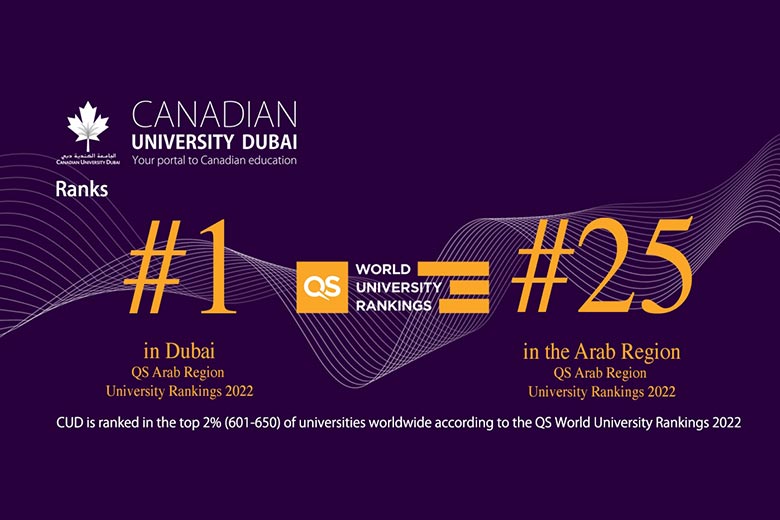 CUD’s rise in the regional rankings comes after the university made its first appearance in the ‘QS World University Rankings’ earlier this year. It was ranked in the top 601-650 universities in the world for 2022, putting it among the top 2% of higher education institutions worldwide.

CUD Chancellor Buti Saeed Al Ghandi said: “To be placed among the top 25 universities in the Arab region is a significant achievement that reflects our commitment to international standards of teaching and research. We are particularly proud to become the top-ranking institution in Dubai. This city has successfully developed an international reputation as a global education destination and to be recognised as a leader in this field is a great honour for everyone associated with the university.”

Professor Karim Chelli, President and Vice-Chancellor at CUD, further explained: “Adding to our growing repertoire of institutional and programme accolades, this outstanding accomplishment solidifies CUD’s positioning as a well-recognised academic institution both regionally and internationally. It also reinforces our commitment to providing our community with the unique opportunity to study a Canadian curriculum in the heart of Dubai, whilst pushing the boundaries of innovation and creativity to make a meaningful contribution to society that extends beyond the classroom.”