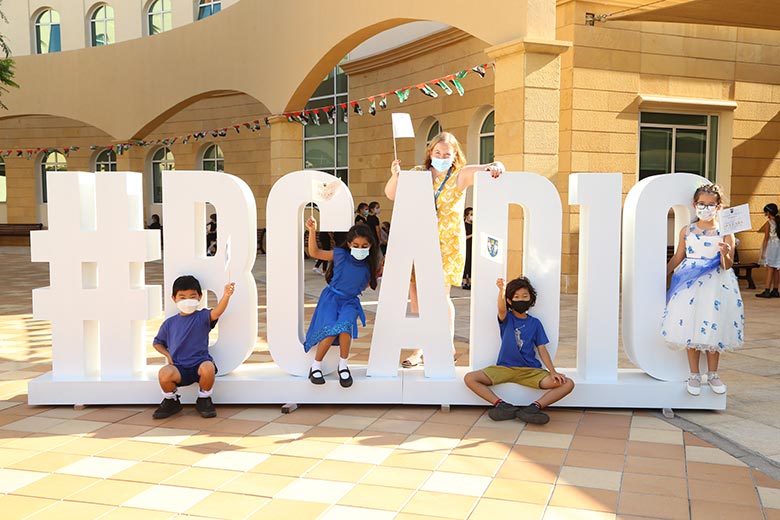 Brighton College Abu Dhabi is celebrating an incredible milestone in the Middle East’s educational landscape this month; the leading English National Curriculum school marks 10 years of providing academic excellence to over 4,500 pupils since opening its doors in 2011.

Named amongst the top 100 private schools in the world by Spear’s Schools Index this year, and sister school to the ‘UK’s School of the Decade’ as named by the Sunday Times, Brighton College Abu Dhabi has achieved amazing success over the past 10 years and has cemented its name as a leading English National Curriculum school in the United Arab Emirates. From being rated outstanding by the Abu Dhabi Department of Education and Knowledge (ADEK) since 2018 to recently being awarded the Schools Compared Top Schools Award for Best School in the UAE for Theatre, Dance and the Performing Arts 2021-22, to achieving the Top Schools Award for Best School for Music in 2019, Brighton College Abu Dhabi continues to prepare its pupils with the skills and knowledge they need to achieve excellent GCSE and A-Level results, which ensures that the College’s alumni go on to study at leading universities around the world.

Head Mistress at Brighton College Abu Dhabi, Helen Wilkinson commented: “The future looks very bright for Brighton College Abu Dhabi as it continues to thrive and our results continue to be the best in the city, enabling our pupils to access some of the world’s best universities. As our pupils grow and transition through the next 10 years at the College, we want to give them a bigger role in helping us to shape the future of our learning environment so we can continue to be a space where pupils feel confident to try new things and to embrace challenges. We want our pupils to have a sense of social responsibility and to leave the world in a better place than when they found it.”

Looking to the future, she added: “I want to encourage our pupils to develop into tomorrow’s leaders and world shapers. I want them to go out into the world thinking about how they can help others whilst also succeeding in their own right. Our graduates will be future-ready, emotionally intelligent and consciously active global citizens. The College isn’t just a place to study, it’s a state of mind and we are all proud to be a part of it.” Since 2011, the College has welcomed 4,691 bright young pupils through its doors and a fond look back over the 10 years discovers that 330 pupils have graduated from the College since the opening of its Sixth Form in 2014. This year, the College reported that 82% of its Sixth Formers who are studying in the UK are attending Russell Group universities such as the University of Oxford, University of Cambridge, King’s College London, and the University of Warwick.

Pupils who have shone during their time studying at Brighton College Abu Dhabi include; Hyochan Chowho was ranked first in Maths for the International Olympiad Foundation, the UAE’s largest Olympiad competition in 2020, and Maitha Al Hajaj, who was selected from 351,000 participants to take part in the Arab Reading Challenge and received an award for her involvement from Sheikha Jameela Al Muhairi, the Minister of State for Public Education. Sirine Messaikeh also scored the world’s highest mark in the Pearson Business GCSE in 2019, and Mohamed Al Menhali was announced as a member of the first Emirati Children’s Parliament in 2020.

Chief Executive Officer of Bloom Education, Nilay Ozral commented:“Reaching this historic milestone shows Brighton College Abu Dhabi’s consistent excellence in all that it does and will continue to do for its pupils. Bloom Education’s goal for the past decade has been to nurture our pupils in an opportunity-rich environment so they can reach their highest potential and Brighton College Abu Dhabi is a stellar example of our vision coming to life.”