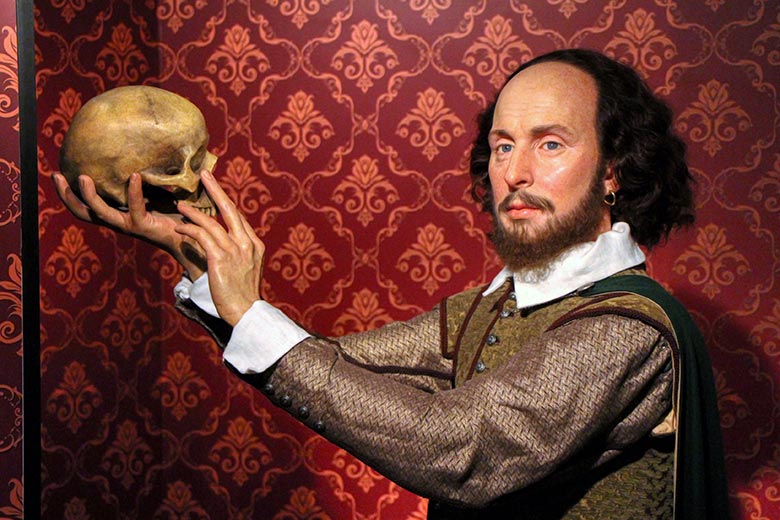 Many people consider Shakespeare to be the greatest British author of all time. Life, love, death, vengeance, sorrow, envy, murder, enchantment, and mystery are all themes in his works, and he wrote some of the most famous plays of his time, including Macbeth, Romeo and Juliet, A Midsummer Night’s Dream, and Hamlet. Even though he died over 400 years ago, his art is still celebrated around the world.

What do we know about Shakespeare’s life  and works?

In the year 1564, William Shakespeare was born in the English town of Stratford-upon-Avon. Nobody knows exactly when he was born, but we do know he was baptised on 26 April.

Shakespeare married Anne Hathaway in 1582, and the couple had three children, Susanna, Hamnet, and Judith, the latter two being twins. He spent  25 years in London and composed the majority of his plays there. However, he died on 23 April 1616,  at the age of 52, at his residence in Stratford-upon-Avon.

Shakespeare penned 37 works (though some experts think it may have been more), and wrote three different types of plays:

Henry VI Part I, a historical drama about English politics in the years leading up to the Wars of the Roses, is widely regarded as Shakespeare’s first play.

The Two Noble Kinsmen, a tragicomedy co-written with John Fletcher in1613, three years before Shakespeare’s death, is said to be his final play.

Shakespeare also produced poetry, publishing a collection of 154 sonnets in 1609. A sonnet is a 14-line poem with a specific rhyming pattern. The rhyming pattern of Shakespeare’s sonnets is known as an iambic pentameter, with the last couplet serving to summarise the previous 12 lines or surprise the reader.

Shakespeare has been credited by the Oxford English Dictionary with introducing almost 3,000 words to the English language.

Shakespeare on the stage

Shakespeare performed on stage with a company of actors known as the Lord Chamberlain’s Company, the most important in Elizabethan and Jacobean England. The group was renamed the King’s Company after James I became king in 1603.

The Globe and Blackfriars, both along the River Thames in London, hosted the group’s performances. Shakespeare eventually acquired a stake in these theatres.

Because women were not allowed to participate on stage during Shakespeare’s day, all-female roles were taken by boys.