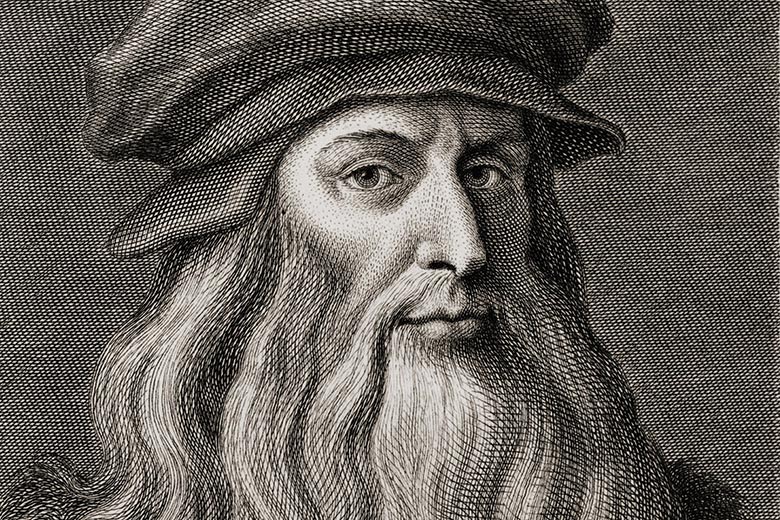 What do we know about Leonardo’s early life?

Beyond reading, writing and mathematics, Leonardo was home-schooled and lacked formal education in Latin and Greek. His father, a wealthy man, married four times, and, in all, Leonardo had 17 siblings and half-siblings. Interestingly, his father never married his biological mother. Thus, he was an illegitimate child.

From an early age, Leonardo despised the confinement of animals and birds. He would buy caged animals solely to release them. In addition, he was a staunch vegetarian.

While learning painting from his teacher, Andrea del Verrocchio, Leonardo was asked to draw an angel. His drawing was of such high quality that del Verrocchio decided never to paint again.

“The smallest feline is a masterpiece”

Leonardo did not finish his first commissioned painting, The Adoration of the Magi, for Florence’s San Donato, a Scopeto monastery. Instead, he left for Milan to work as an engineer, architect, sculptor and painter for the ruling Sforza dynasty.

“The artist sees what others only catch a glimpse of”

Leonardo was way ahead of his time. In his journals, one can find notes about modern inventions, including a helicopter, calculator, solar power, and the beginnings of the theory of plate tectonics. He designed the first-ever bicycle, too, almost 300 years before it appeared on the road, and the first parachute. The latter design was put to the test in 2000 when the South African skydiver Adrian Nicholas made use of it.

And did you ever wonder why the sky is blue? Leonardo was the first person in history to come up with the answer – a clear, cloudless daytime sky is blue because molecules in the air scatter blue light from the sun more than they scatter red light.

The majority of Leonardo’s work was written from right to left. This resulted in a mirror script that was difficult to read. It may have been because he intended to keep his writing a secret, so he picked this unique writing style, or it could simply be because he was left-handed, and this unusual writing style was easier for him.

Leonardo also stole corpses and studied human anatomy by digging up graves at night. And curiously, he loved to wear pink to brighten his complexion.