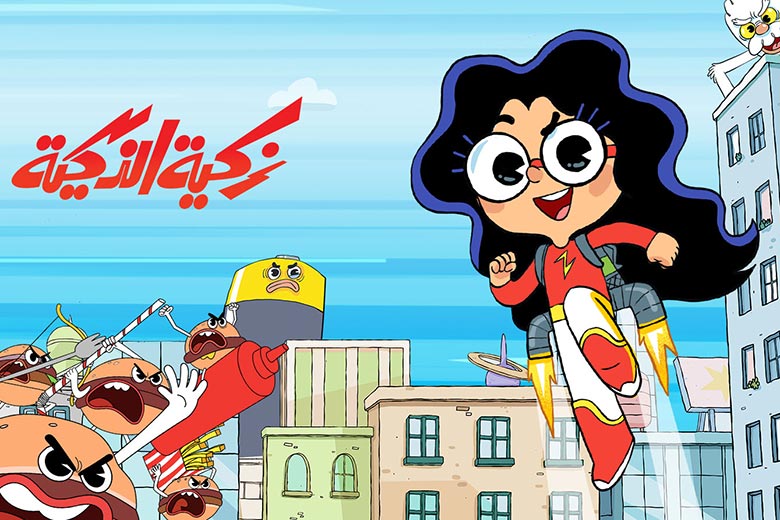 Available on iOS and Android devices and Apple TV, via monthly and annual subscriptions, the Majid Universe app will give users access to watch, read and play an 800-plus hour library of content, live and animated TV shows, games, and over 2,000 Majid magazines dating back to 1979 – with some having never been seen by the public. Families will be able to leverage one Majid Universe account across five devices, with users able to create personalised avatars and playlists.

The Majid Universe app launch comes 42 years after the iconic character’s 1979 debut in a weekly comic magazine. The new digital app represents the latest evolution in the ongoing adventures of a glossary of Majid characters that have been told over four decades via an ever-expanding array of formats, including an animated series, TV channel and a monthly print publication.

The Majid Universe app also grants users access to exclusive Majid world content, including My Little Pony Friendship Magic Rainbow Roadtrip; Charley Goes to School; the animated editions of the original Peanuts comic strips with stories of Charlie Brown’s gang and his beagle Snoopy; the adventures of Mick the Mini Chef, who explores the wonderful world of food with kids from all over the planet; Anitta – the fun club focusing on wellness issues, community and original songs performed by the host; and Pablo S2, which follows the real-life experience of a five-and-a-half-year old autism spectrum boy and his art world friends.

Users will also have access to the super-popular Freej series, which focuses on Emirati women and their lives in a residential neighbourhood of modern-day Dubai, and the animated Mansour comedy series, which centres around an active, life-loving, 12-year-old boy and his adventures with best friends, Obaid and Salem.

“Building on a legacy that spans over four decades of original beloved IPs, the Majid Universe app is groundbreaking in its own right – not only does it feature the region’s largest library of Arabic original programming, animated and live-action, it’s also the first-ever, multi-experiential app for children in the Middle East, offering video content, e-magazines and interactive games, a reflection of the wholistic value that ultimately sets the Majid Universe apart,” said Mariam Al Serkal, Head of Majid Platform at ADM. “We can’t wait for both children and adults to connect with Majid’s extensive library of both nostalgic and modern content that speaks to today’s audience in unique, accessible and entertaining ways.”

There will also be an exciting 13-episode reboot of Fateen featuring all-new characters and more comedy, drama and action with the Fteen gang and its conflict with his sister Dana’s gang of girls; more antics from the amazing camel Jamool; short animations of the crazy hoteliers Basal & Filfil – the first Majid series in the Egyptian dialect; and the hilarious Gadha show with its beloved Majid presenter, Salem.

The Majid Universe app is part of a major digital overhaul of Majid content, which is available on iOS, Google Play, Android TV, Apple TV, and Smart TVs on a monthly subscription of only AED 16.99 in the UAE. Users can avail of a 35% saving when choosing an annual subscription, with costs of only AED 132.99.